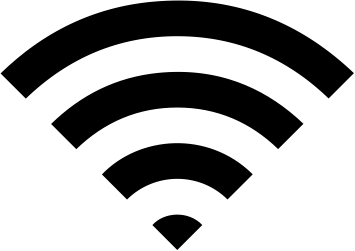 Many of the studies that have detected the unusual particle tracks [1] that we have discussed before are connected with low energy nuclear reactions (LENR). The connection between these tracks and LENR is not totally straightforward.

Most of the studies in the LENR literature have evolved from the initial Pons and Fleishman cold fusion experiments and load a metal such as palladium with hydrogen in an electrolytic setup. The reaction thought to occur in cold fusion at room temperature,

is a nuclear reaction that should not be taking place under these conditions.

Normally we would expect this type of reaction only to occur at tremendous temperatures and pressures as occur in the sun. Likewise, nuclear transmutation is said to occur in the explosion of metal wires and foils [2],[3],[4] and this also should not occur except under extreme conditions like the sun. So these two processes have something in common...nuclear transmutation under abnormal conditions.

In the case of the exploding wire experiments (for example) the researchers placed emulsions in close proximity to their experimental setups to understand what radiation, if any, was occurring near the apparatus. In the case of [2],[3],[4] and others, they found certain types of unknown particle tracks.

Now in my case, I am not using electrolysis or exploding wires or glow discharge or anything like that. I am simply exposing a photographic emulsion to photons for a short time and then developing the film. But I am able to replicate all of the tracks so far seen in all of the LENR transmutation experiments mentioned above and all of the others mentioned below.

Where do the tracks come from?

What do we have to do to generate these particle tracks? There have been a number of studies, many using a type of discharge, where these tracks have been observed. Among the known studies are:

Urutskoyev [2],[3]: exposure of emulsions during bombardment by low-energy ions in electric explosion of metallic wires and thin foils

Ivoilov and Urutskoyev [5],[6]: exposure of emulsions during low-energy discharges in water

Shishkin [14]: exposure of emulsions to nearby rotating bodies (torsion fields)

Zhigalov [15]: a review citing several of the above and exposure of photographic emulsions to water exposed to magnetic fields.

To say that the sources described in each of these studies is widely varying is an understatement. However, the disarray can be alleviated by noting that all of the track types observed in the various experiments are easily observed in a single lowest-common-denominator method. This is the simple method of uniform exposure of photographic emulsions using a brief flash of visible light.[1] But with this comes the trade-off that the source of the radiation (the tracks) is unknown.

(It was only a few years ago that I realized that I did not have to use human hands as a source of the tracks. I simply asked the question, "do the tracks occur when there is no exposure to human hands?" And the answer is yes. Now I do not need to explain how human hands would be a source for this type of radiation.)

Ivoilov has speculated that a part of the radiation may be background radiation due to control experiments he carried out. I tend to agree with this. But I would say that the main experiment is what Ivoilov regarded as the control.

If we decide not to use a source we are left with only the background radiation as a possible cause of the tracks. The central focus can then be on analysis of the tracks in the manner of cosmic ray studies. We don't have to burden ourselves with the task of explaining why exploding wires, electrolysis, glow discharges and all the rest somehow cause the tracks. This is not to say that all of the possible sources listed above do not cause the tracks. It is just to simplify.