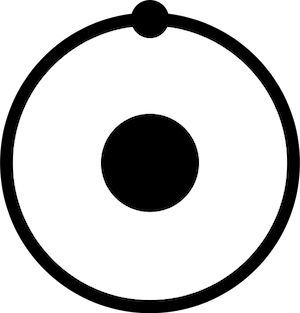 I want to take a hard look at the concept that new physics may be in play for experiments, based upon the new effect I observed for photographic emulsions [1] that were mentioned in my last post. One of the first questions that comes up is the question as to whether or not these tracks [1] are being created by some types of particles. How can we answer this?

The experimental method is simple:

Exposure
In total darkness or with the appropriate safelight, the creation of a relatively uniform exposure of photons from a white LED of about 1200 mcd at a distance of 6cm from the surface of a lith emulsion such as Arista Ortho Litho 3.0 for a time of about 250 ms.
Processing
Development of the emulsion for 1:30 m in a normal solution of lith developer such as Arista Lith Developer, stopping development with a water bath for 30 s, and fixing with a standard fixer for 2-4 minutes.
Analysis
Examination of the film using magnification. Preferably a microscope with 25x to 400x magnification.

We find that on most of the exposures contain one or more of a variety of tracks categorized in [1].

Examining one of the examples of this type of exposure, we find that the tracks are arranged in the exposures such that a central force is indicated. That is, dropping a perpendicular line from corresponding track segments, we see concentric circle patterns. 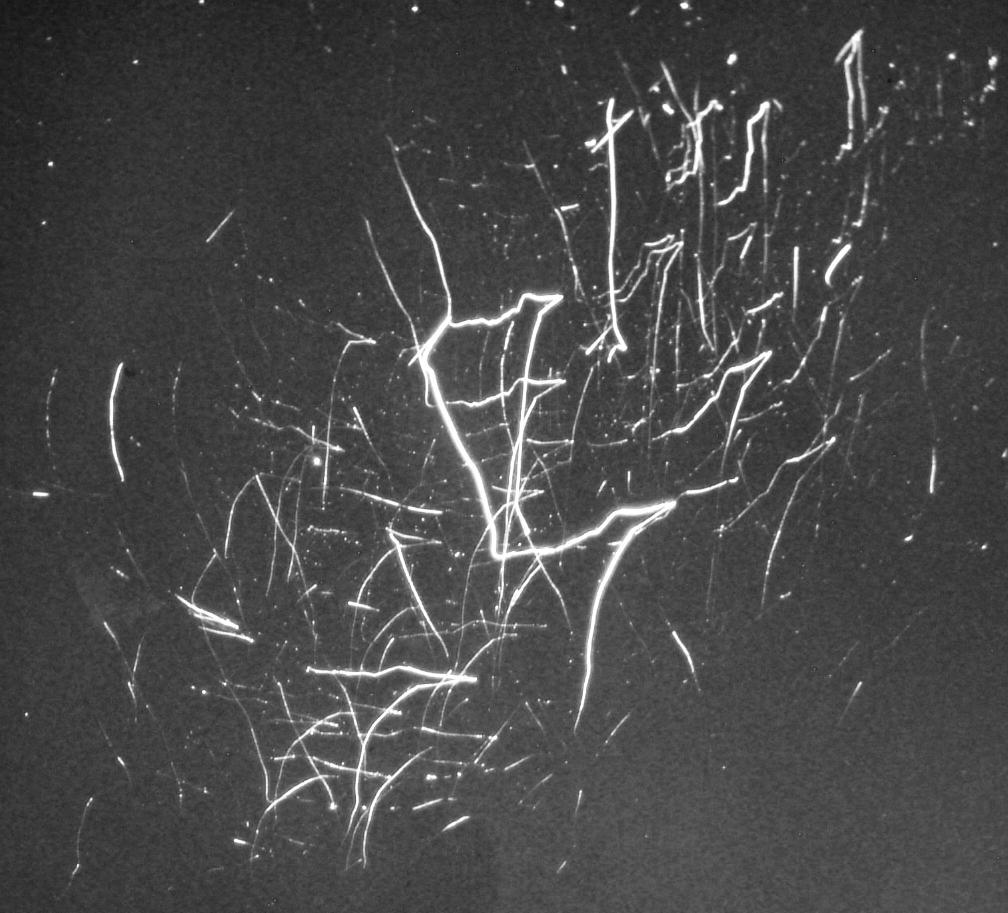 Each of the track segments have all lined up along concentric circles around a point of central force. This indicates that the tracks were created by particles that responded during these exposures to a central force. 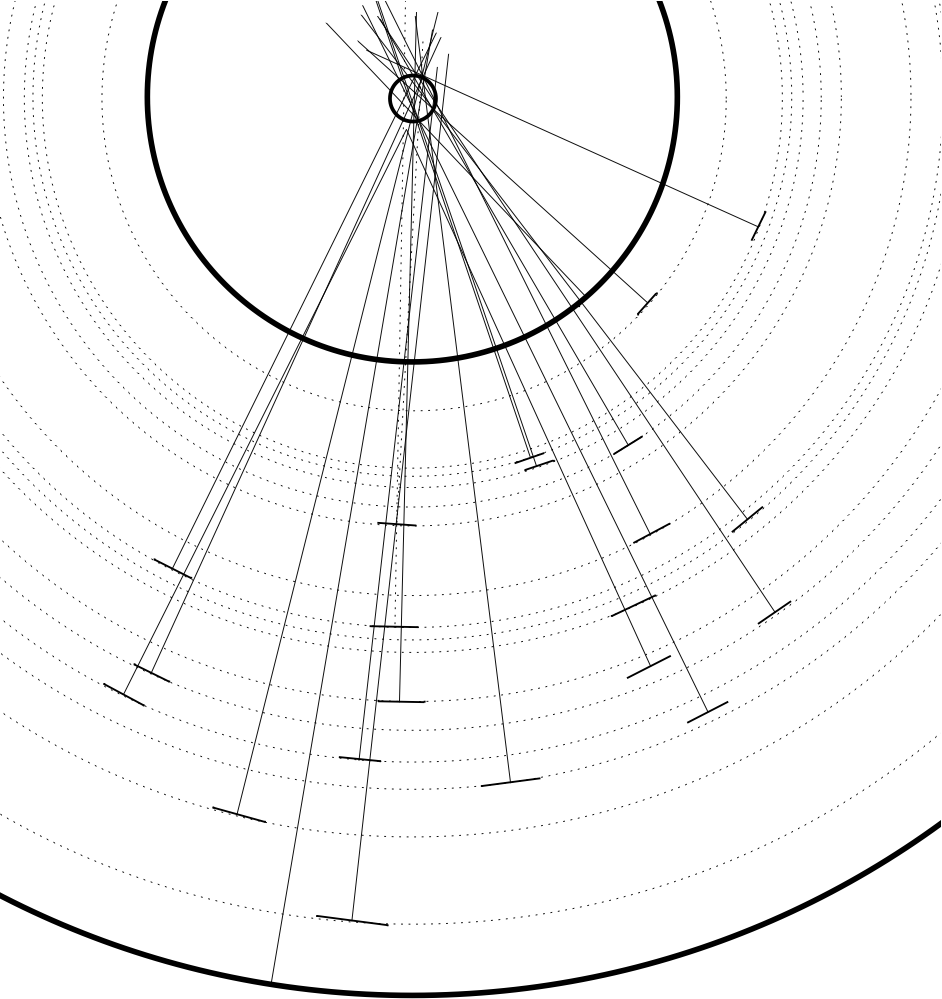 It does not appear likely that any effect other than particles could cause these types of tracks indicating a central force.

We will look more deeply into the central force analysis in coming posts.